August 29th, 2016 by Take Back Action Team
Take Back Action Fund (Action Fund) continued its research into the ability to increase voter participation by sending its first voter mailer into Arizona prior to Tuesday's primary in the 5th Congressional district. The Action Fund was formed due to interest from some supporters of Take Back Our Republic, a non-profit recognized as a 501-c3 by the IRS, to advance the search for conservative solutions for campaign finance reform beyond the scope of that organization including electioneering.

Congressman Matt Salmon of Mesa co-sponsored the result of efforts to stop unverified credit card contributions that invite foreign contribution, HR4177, whose sponsor Paul Gosar is also in the Arizona delegation. Salmon is not running for re-election With a state goal of breaking politicians addiction to a few large campaign contributions, the mailer is part of an effort to determine the best ways to turn out voters in cost-effective ways that do not require huge donors.

Samples of the mailer appear below. 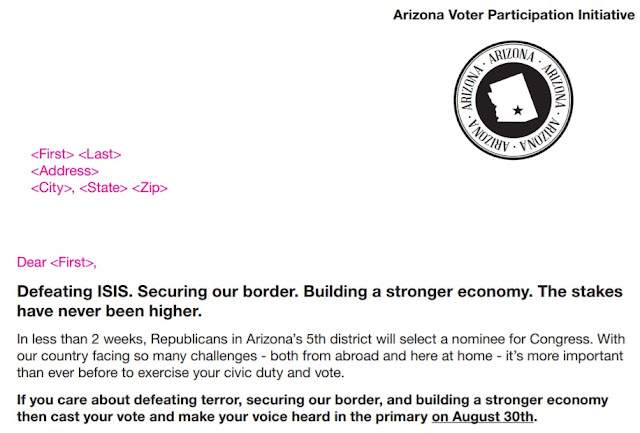 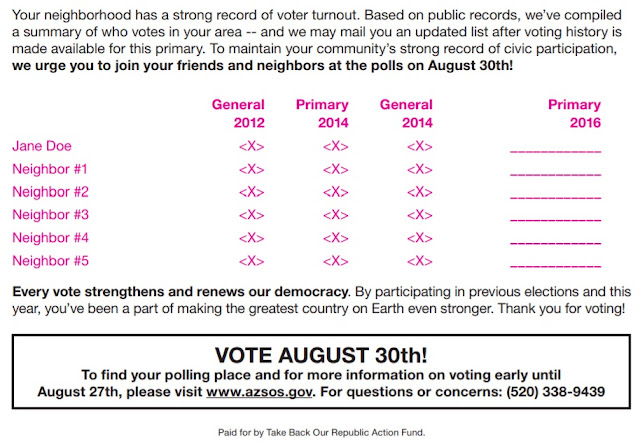