Randy Brooks, CEO of Avast Real Estate, built his real estate operation of more than 100 people with his method of personal coaching ­- this following years of experience having interactions with politicians involving development deals. Randy is one of the greatest promoters of multifaceted efforts ­ from Take Back Our Republic’s mission to supporting local youth sports. 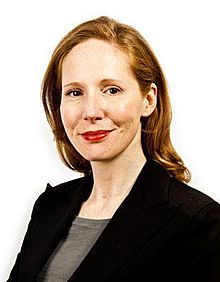 Juleanna Glover. In a 2011 article, The New York Times described this partner of George W. Bush’s Attorney General as the “consummate political insider”. In complete agreement, Bloomberg news when profiling her in September, 2012, said, “She brings Washington power players together in a way others can’t match. If you’re looking for the right introduction in D.C., you need to know Juleanna Glover.” 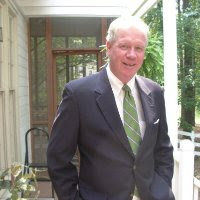 Marty Connors is known for helping Lee Atwater after President Reagan tripped up in Alabama in 1980 - shortly after Connors graduated from the University of Alabama. To pull from a story on al.com: After the Democratic convention, Jimmy Carter opened his run for re-election with a speech in Tuscumbia, turning out a crowd of 25,000.

At the Michigan State Fair, Reagan, picking up on a barb of his press secretary, but stretching it beyond the truth, declared that Carter had begun his campaign in the birthplace of the Ku Klux Klan. In fact, the Klan began in Pulaski, Tenn. Tuscumbia is the birthplace of Helen Keller. "I think Lee Atwater realized we'd screwed up," Connors said. "They knew Alabama was in play, so they sent $700 down, and I got a two-month job stuffing envelopes and writing press releases."

According to al.com, Reagan later made his own visit to the state, then carried its electoral votes that November. If you are looking to learn the story of how the Republican Party conquered the state and captured its halls of power, Connors would be a good place to begin. From that stint stuffing envelopes, Connors became a fixture in the Alabama GOP, eventually chairing the state party from 2000 through 2005.

In 2008, he served in Mitt Romney's campaign, and since then has been a go-to for leaders across the country while turning his focus from partisan politics to running Alabama's Center-Right group affiliated with Grover Norquist and Chairing the Birmingham International Center. 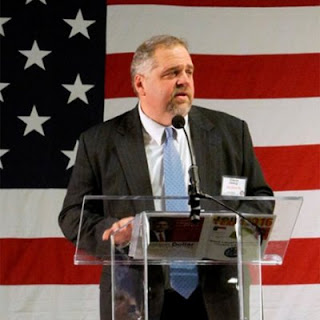 Charles Hellwig and John Pudner teamed up in 1994, erecting thousands of signs for Ollie North for US Senate while also leading intense basketball games with other Northern Virginia politicos. Hellwig would stun smaller players by elevating above the rim and dunking, but his record 7,000 signs up up the night leading up to the Shad Planking was an even more impressive feat.

A UNC grad, he returned to North Carolina where he built a successful real estate operation before signing up as the Action Fund's coordinator for North Carolina and being elected to the initial board along with Mark McKinnon and Juleanna Glover. 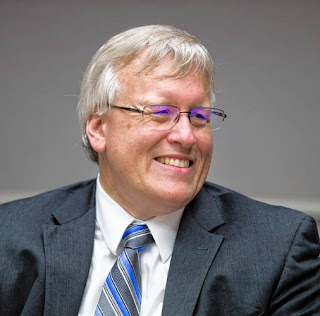 John Pudner is President of the Action Fund. He was the oldest of 9 children growing up in a 3 bedroom house in inner city Richmond, VA where he attended the same Catholic, military high school as Donald Trump’s chief strategist Steve Bannon. Now the father of 9 children, John Pudner learned at a young age the importance of timing, negotiating and diplomacy.

More importantly, he learned how to live on a shoe-string budget. Those early life lessons helped put him on the national political scene when in the 2014 primaries, he jump-started the campaign of Dave Brat, who would ultimately unseat U.S. Majority Leader Eric Cantor in one of the most unprecedented upsets in political history. Later in the general election of the same year, he would help defeat a 32-year incumbent state senator in Alabama’s general election.

He managed campaigns for almost three decades. His now-famous strategy of outsmarting instead of outspending the opposition was born out of a hobby of extrapolating statistical data on sports teams. With an affinity for numbers and grassroots initiatives, John became known as the go-to-guy to help upstart candidates that didn’t have the financial backing needed to play in the political sandbox. During his career, he won 3 out of every 4 races in which he was involved.

John’s corporate successes included turning out hundreds of residents to numerous zoning hearings to stop big-money developers from overrunning small businesses and residents by violating local ordinances. Bannon and Pudner developed a relationship over their shared efforts to keep the inner city commitment of their alma mater, and Bannon later hired Pudner as sports editor to launch Breitbart Sports. In turn, Pudner alerted Bannon and other key media outlets about his launch of Dave Brat’s campaign to ultimately shock Majority leader Eric Cantor. But through all his successes, John Pudner saw firsthand the influence of money on politics—the manipulation of the system and the loopholes that didn’t favor a transparent election— one in which only select major corporate donors and union bosses were the true winners. With a desire to now reform the system instead of circumventing it, John Pudner will lead this team of ex-political wonks to help change the very industry in which they once thrived.